Are you a SQL guru? You will be after this seminar! ;-) If you have been in one of Kurt's classes you know that he can explain SQL in fun way and you will always learn some new techniques and tricks. But next to "just sql" Kurt will also look at modernizing your application with some great features DB2 has to offer like triggers, SQL/PL and REST. This seminar is perfect for developers, DBA's and other devops members who need to understand application performance.

← Back to all sessions 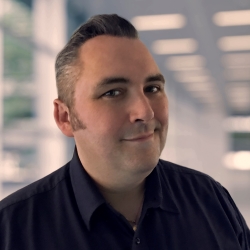 After spending a part of his teenage years in Texas, Kurt Struyf started his career at a major Belgian bank, where he was part of the system DBA team. Kurt Struyf currently works as a senior consultant for Lone-star consultancy in Belgium. He has over twenty years of experience as a (system) DBA and has been installing, migrating, troubleshooting and tuning Db2 systems throughout Europe.

Besides his consultancy missions Kurt Struyf has been teaching a broad spectrum of Db2 classes, both in Europe and the USA. Kurt has been a speaker at several large European and North America conferences, such as IDUG, IOD and at numerous Db2 regional user groups in Europe.

Kurt Struyf is an IBM Gold consultant, an IBM information Champion since 2010 and as part of the IDUG content committee responsible for Db2 for z/OS content.

We use cookies to ensure that we give you the best experience on our website. If you continue to use this site we will assume that you are happy with it.OKPrivacy policy